As many people around the world receive the Covid vaccine, we couldn't ignore that there was barely any information surrounding the effects of the vaccine on the menstrual cycle. Once again, women's health as a topic is not seen as a priority. Period irregularities have never been mentioned as a potential side effect.

Understandably, this has caused an emotional response, with individuals feeling worried, anxious and confused. Many have described their menstrual irregularities to have become heavier (menorrhagia), whilst others have noticed bleeding before their due date or bleeding frequently (polymenorrhea). There have also been notices in postmenopausal bleeding.

It was clear that there had been no research done into the effects of the vaccine on periods. This posed immediately as an issue, and as a brand that strives to break taboos around the conversation of periods, this is something that we want those who are concerned about the side effects to feel reassured that there is now more awareness and research into this. Symptoms from a vaccine tend to occur within the first 10-28 days. Anything outside of that is not necessarily associated with the vaccine. 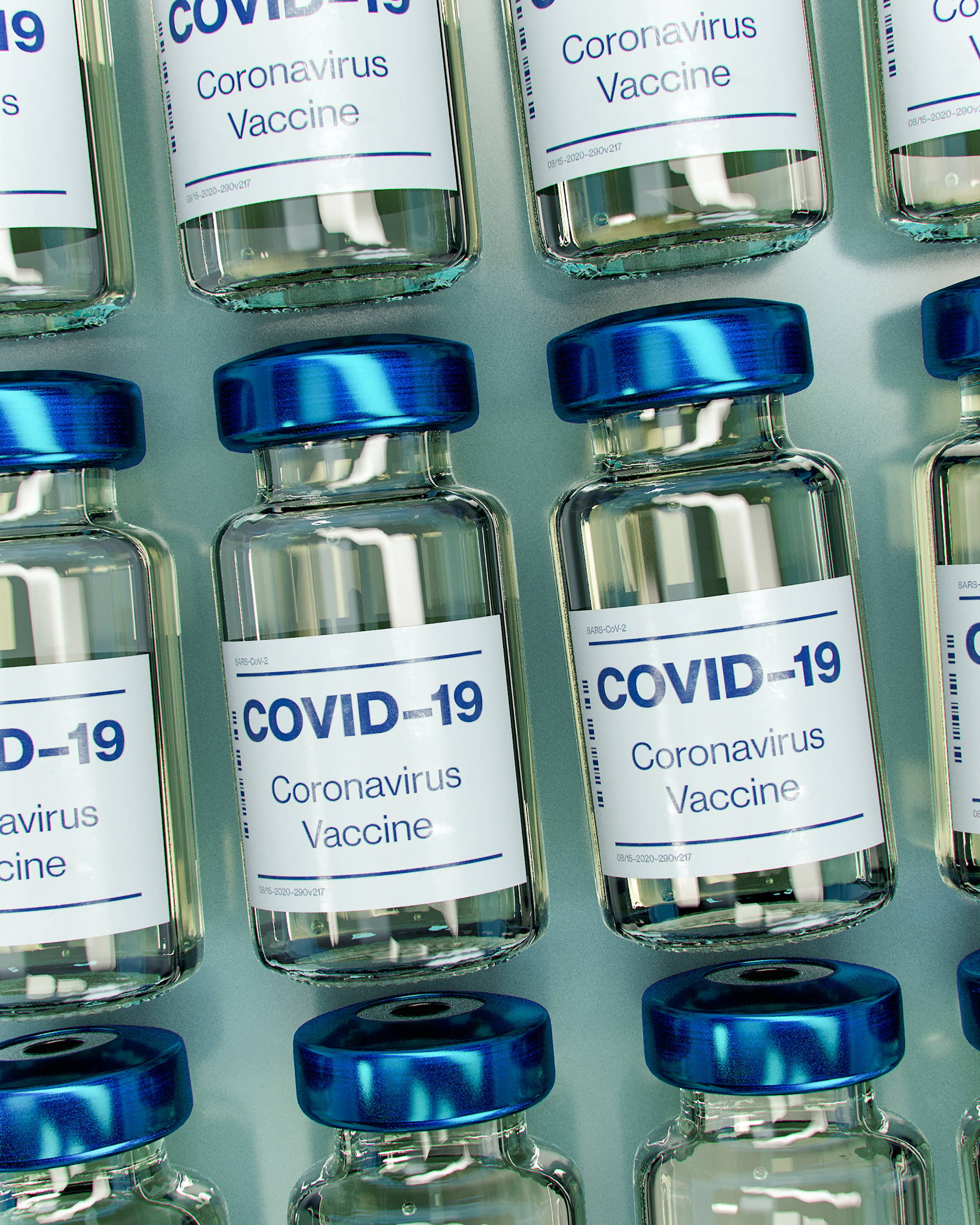 We tuned into Dr Victoria Male’s ‘The Lowdown on Covid Vaccines: Fertility, Menstrual Cycles & Pregnancy’ Zoom webinar on June 30 2021, to hear about recent reports. Dr Victoria Male is a reproductive Immunologist at Imperial College London who investigates how ILCs in the uterus work to establish and maintain pregnancy and how this may fail in disorders of pregnancy. She also lectures on Immunology of Transplantation, Viral Immunity and SARS-CoV2 Immunology. She is also a Windsor Fellow and does outreach in local primary schools.

Here’s what we learnt about the vaccine and its effects on menstruation:

Period changes and the vaccine

According to The BMJ, as of 5th April 2021, 958 cases of post-vaccination menstrual irregularities were recorded. Many noticed a change in their period flow - resulting in a more heavy flow, delay in its arrival and bleeding in between cycles. There have been twice as many cases of menstrual irregularities found with AstraZeneca than Pfizer and heavy menstrual bleeding has been reported in females with underlying platelet disorders. It is advised and encouraged that those who are experiencing heavy menstrual bleeding post-vaccination report this formally and seek medical advice, especially if concerned. Please see here for the official The BMJ report.

Unfortunately, during clinical trials, there was no routine questioning about the menstrual cycle. This, of course, is a result of the trial contestants feeling uncomfortable to mention their periods during clinical trials, and it also was not addressed or acknowledged. However, it has been noted that in future trials, periods will become a routine question and consideration.

If you have noticed any changes in your period since your vaccination and would like to report your side effects to the MHRA (Medicines and Healthcare products Regulatory Agency), please fill out the official Yellow Card here.

On Wednesday 7 July, CEO and Founder, Ruby and Dr Victoria Male went live on our Instagram page to answer your questions about the vaccine and periods. Click here to watch the IGTV live! 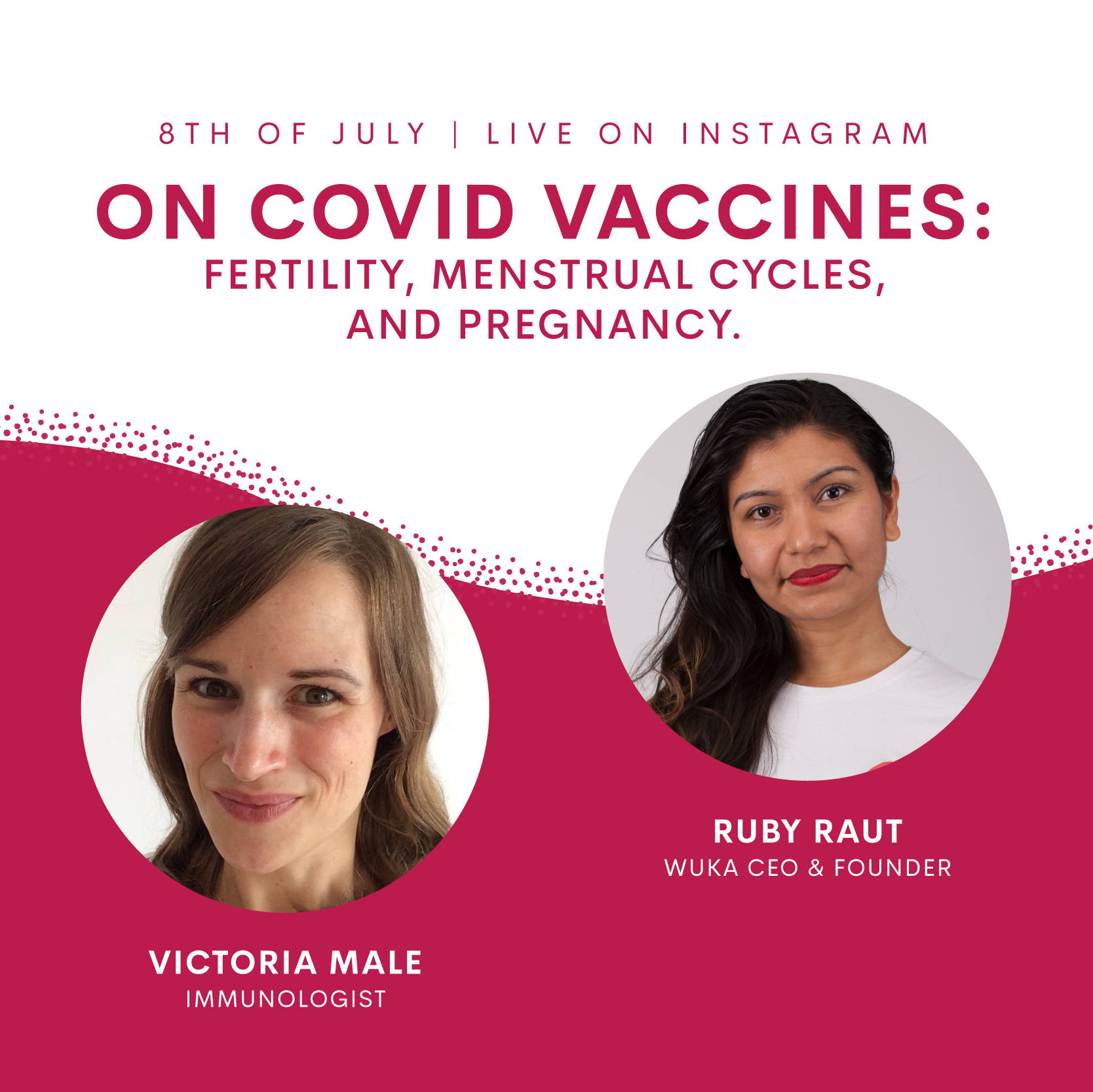